Couldn't make to our May meeting? Don't worry, we've got you covered. Here's what went down. 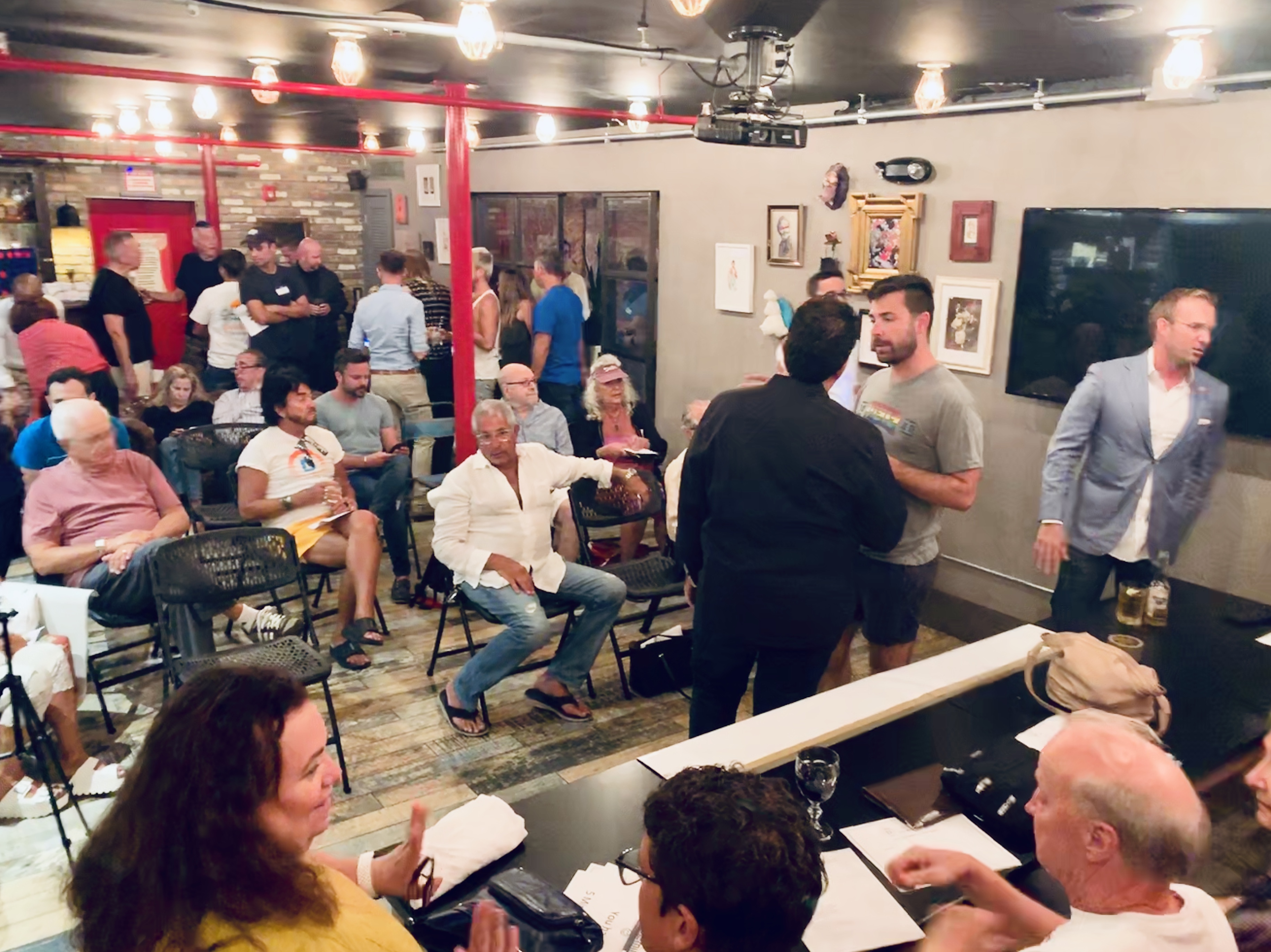 We had a full house at our monthly membership meeting.

In the absence of our club president, Vice President Ariel Morel reported on the club's ongoing bylaws revision process.

Our Secretary, Ileana Oroza reported that we have 104 dues-paying members (up from just 8 in March of 2018). She encouraged any and all to join the club for the yearly cost of $25. Not a member yet? Sign up through our website!

We also held an election to fill our treasurer spot. Club member Patrick Breshike was nominated, and facing no opposition, was elected by acclamation. 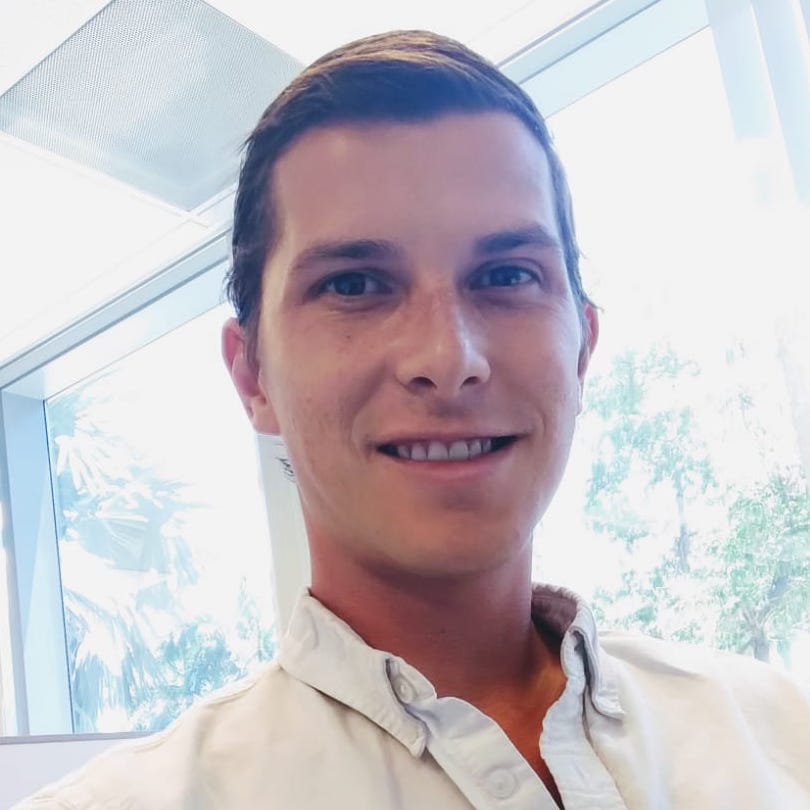 Patrick is an active member of the Miami Beach Democratic Club, having volunteered extensively during the midterms, including hosting a phone bank at his home. A former PriceWaterhouseCoopers auditor, Breshike now works for Norwegian Cruise Lines as a Claims Finance Manager.

Welcome to the executive board, Patrick!

Guest Speakers: Recap of the Legislative Session in Tallahassee 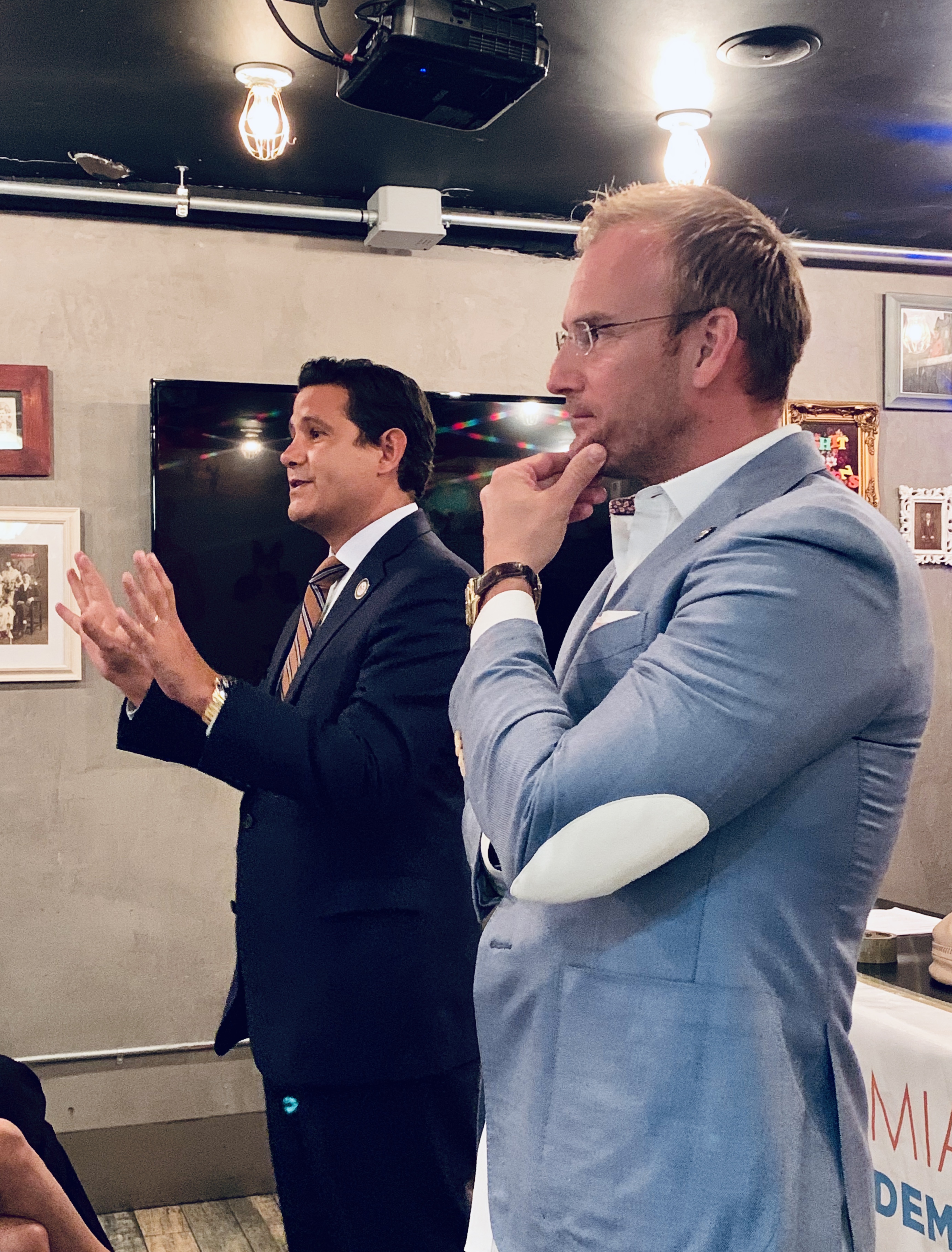 Our guest speakers for the evening were State Senator Jason Pizzo and State Representative Michael Grieco, who spoke to us about what happened during the legislative session in Tallahassee. (You can read a detailed legislative recap from the Miami-Dade Democratic Party here). In summary, the legislative session was full of disappointments on gun safety, on protecting immigrant families living in our communities, on the environment, and particularly on the Republican-led effort to weaken Amendment 4.

Both Sen. Pizzo and Rep. Grieco urged the Club to continue with our voter registration and outreach efforts. Nothing in the legislation should stop people from registering to vote.

The ultimate lesson from this legislative session, is that despite small victories and small measures of bipartisan compromise, we need to stay focused on winning more seats in the State House and in the State Senate if we want to achieve the kind of change we want to see in Tallahassee.

Stay tuned for upcoming events as we intend to "adopt" certain districts that we believe we can help flip.