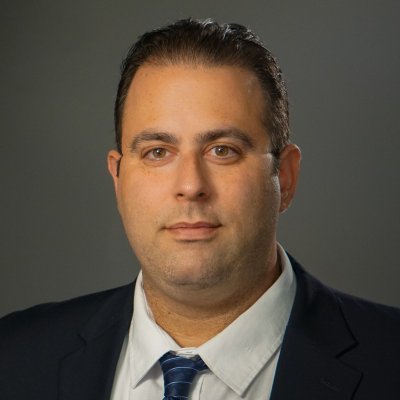 I have been an active member of the Club since joining several years ago and previously served as the Campaign Chair. As Campaign Chair, one of my responsibilities has been to invite and help schedule our democratic elected officials and democratic candidates to speak at our monthly meetings. Also, I am extremely proud of the work of our Campaign Committee who put on a successful Miami Beach Mayoral and Commissioner Candidate Debate last year. I have also been involved with the Miami-Dade Democratic Executive Committee and currently serve as a District Committee Member and Bylaws Chair. I have been active in many democratic campaigns and with the Democratic Party throughout the years. 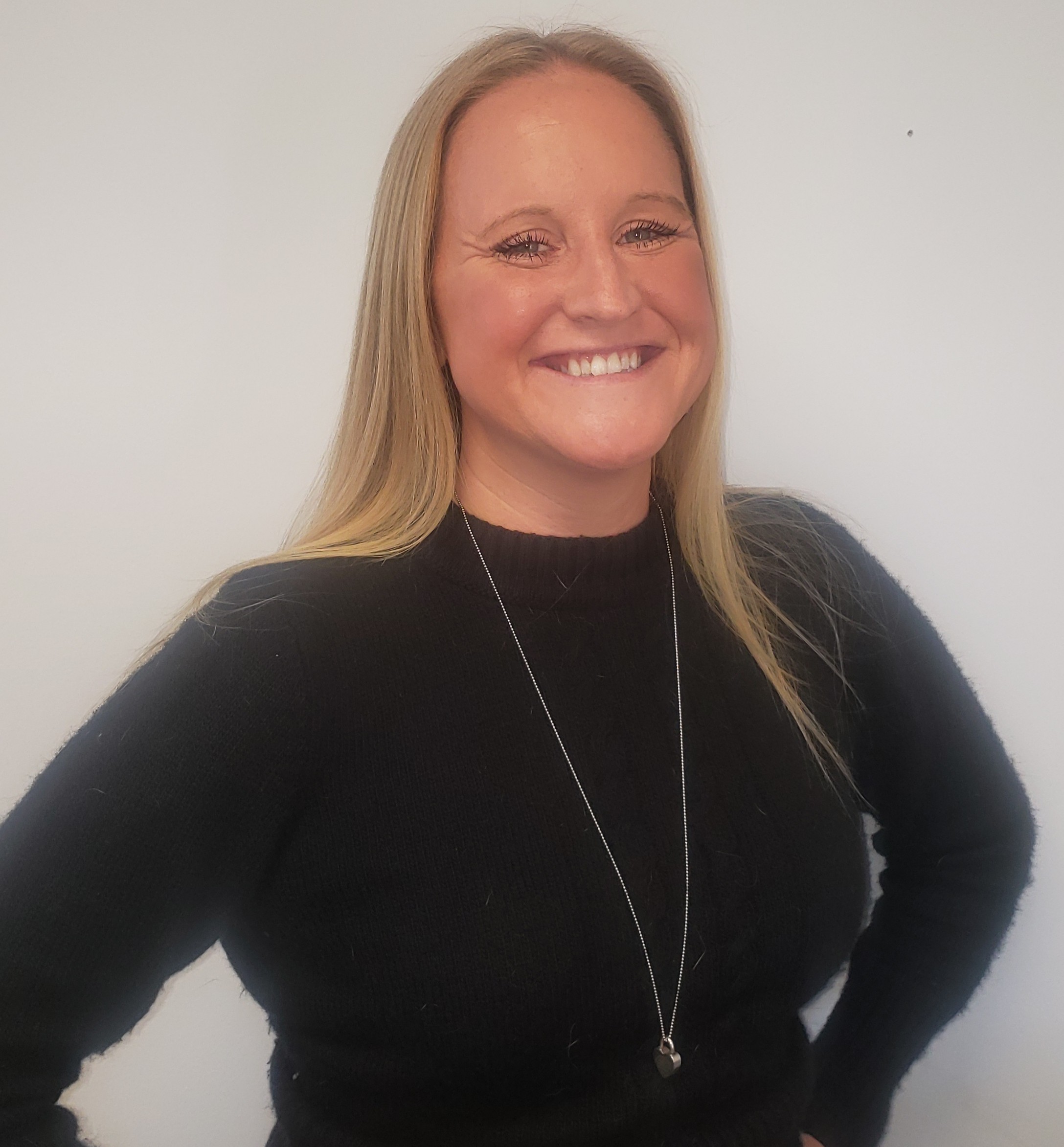 Raised in a politically active family, Amanda learned the importance of community involvement at an early age. Amanda Knapp serves as the Coordinator for the FIU Maurice A. Ferré Institute for Civic Leadership. She is a doctoral student in Public Affairs, focusing her research on Human Trafficking Policy. Amanda received her Bachelor's in Political Science, Master's in International Intercultural Education, and a Graduate Certificate in Latin American and Caribbean Studies. Amanda also serves on the Miami Beach Human Rights Committee and is the Vice President and Outreach Chair of the Miami Beach Democrats. When Amanda is not working or studying, she dedicates most of her time to community and civic involvement. 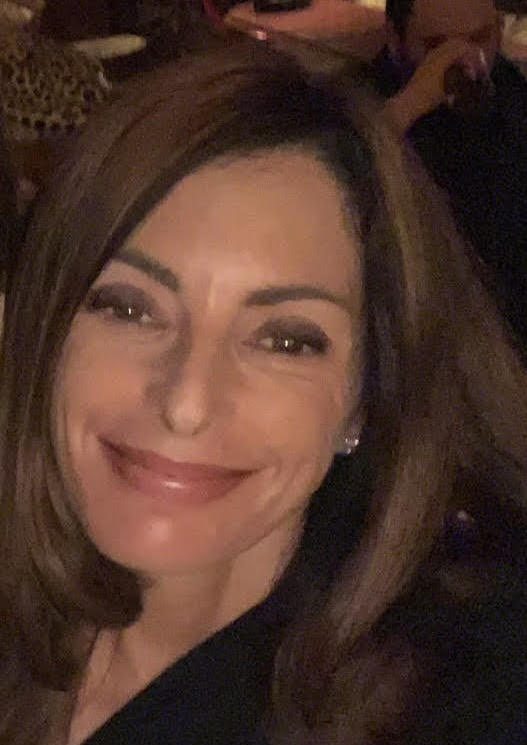 I became politically active in 2008 volunteering on the Obama campaign. Like many Americans, I was truly inspired by President Obama and after a long, successful and all encompassing career in finance, I finally had some time to nurture this passion. My values and beliefs align with the Democratic Party and I am committed to electing Democrats at all levels of government. Shortly after I moved to Miami Beach in 2015, I discovered our club and have been actively volunteering since. I enjoy meeting and working with people that share my values and determination to elect Democrats. I am honored to be serving on the Board and as Club Secretary to help further our shared goals. 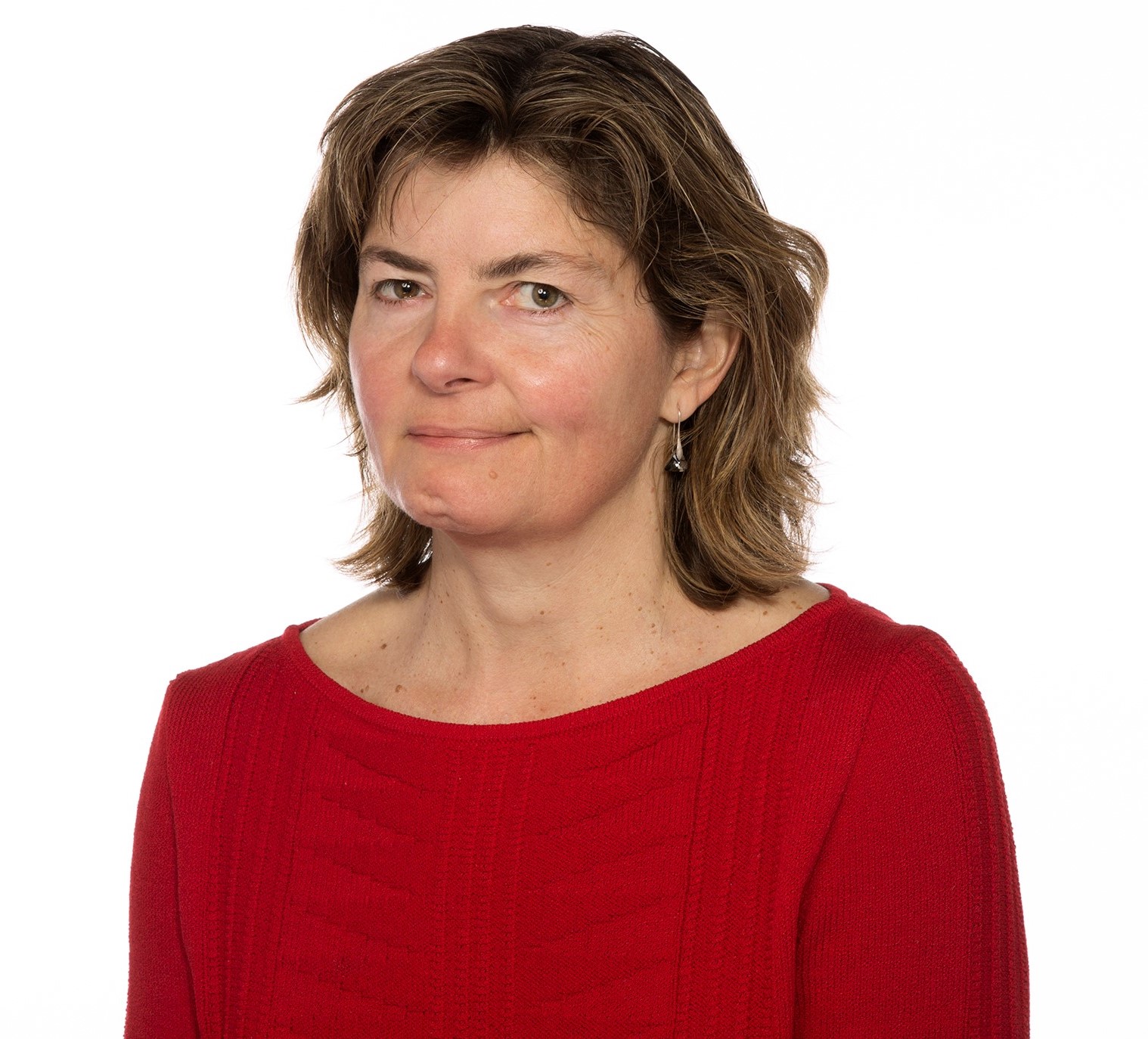 I have been an enthusiastic member of the club for about 5 years and have attended many meetings and Days of Action as well as financially supported many of our events and causes. I am a Sunset Harbour resident who, after a career in advertising in New York, now works as the CFO for 4 start-up companies, mostly in the advertising space. I am the author of From Prostitutes to Presidents: Tips to Empower Every Working Girl - an advice book for young people in business. I worked on Hilary Clinton's 2016 Presidential campaign in marketing and as part of the National Finance Committee. 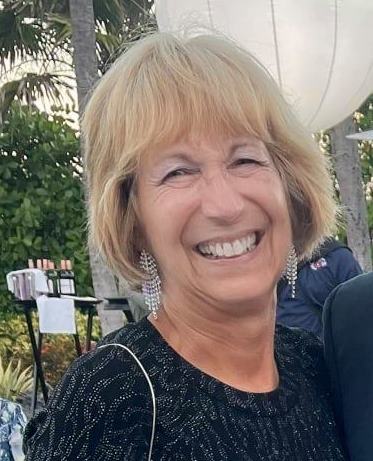 Originally from New York City, Linda Kolko retired in 2011 after forty years of federal service, 33 years of which were managing international development assistance programs in Latin America, the Caribbean and Africa. She worked at the Inter-American Foundation (IAF) for the past 20 years, serving as its interim President twice. Linda held a variety of positions at the Peace Corps, including Peace Corps Volunteer in Belize, Deputy Director of the Peace Corps in Belize and Jamaica, Deputy Director of the Africa Region. Linda bought a nine-unit Art Deco apartment building in Miami Beach in 1989 and became a Florida resident in 2020. Linda has a Bachelor of Science Degree in Mathematics Education from the University of Vermont. Linda was the Takoma Park Maryland Neighborhood Team Leader for the 2012 Obama campaign. She was President of the Women’s Democratic Club of Montgomery County, Maryland and received the Democratic Volunteer of the Year Award in 2017 from the Montgomery County, MD Democratic Central Committee. Linda has volunteered for various Democratic candidates in local, state, and national elections. She serves on the City of Miami Beach Transportation, Parking & Bicycle-Pedestrian Facilities Committee and volunteers for various organizations. 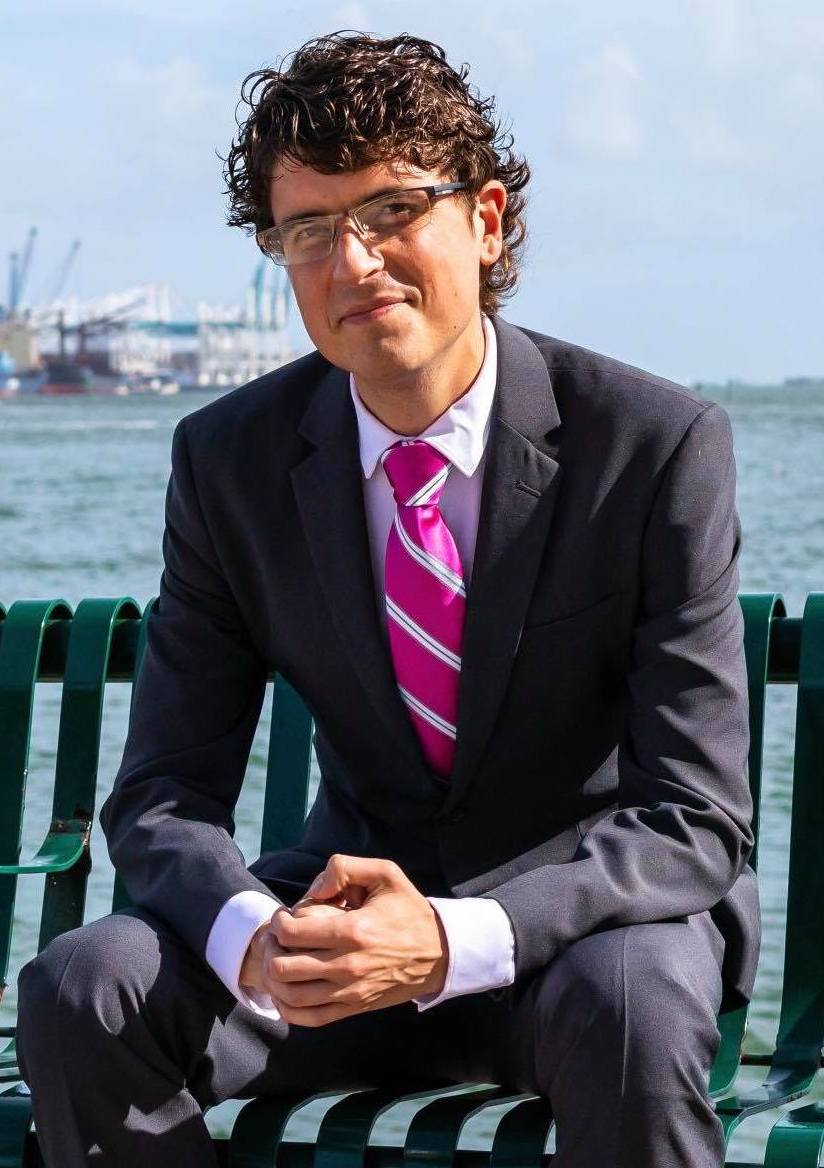 Aaron has lived in Miami for close to a decade, starting as a public school teacher and going on to serve as an organizer, education advocate, and political leader. An AmeriCorps alum, he has worked with numerous progressive organizations United Teachers of Dade and political campaigns from Congress to local councils. He previously served as Executive Director of the Miami-Dade Democratic party, Chair of Engage Miami, and Vice President of the Miami-Dade Young Democrats. Currently, Aaron is the Executive Director of the Miami-Dade Democratic Party. He works with the District 27 Accountability Project holding Congresswoman Maria Elvira Salazar accountable to the people of Florida’s 27th district, including Miami Beach. He also serves as Director of Youth Organizing for Men4Choice, on the LGBT Victory Fund’s campaign board, the Advisory Committee of the education-focused Nyah Project, and as President of Miami’s Next Leaders. 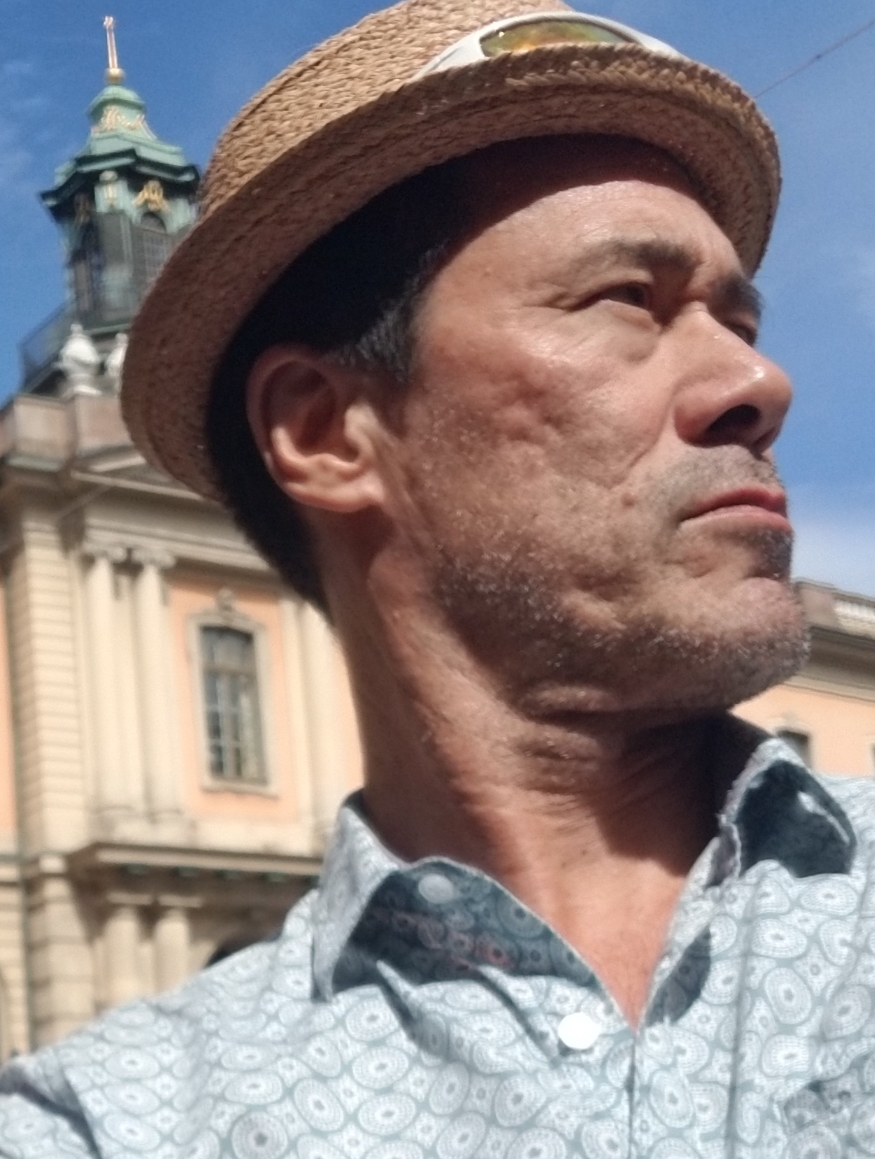 I've been politically active throughout my life, starting with the Save Sandy Beach Coalition in Hawaii, and more recently joining organizing efforts with the Obama campaigns, the Palm Beach Democratic Party, and now with the Miami Beach Democratic Club. My focus is on turning Miami Beach as blue as possible, and we do that by registering voters, energizing them, and turning out the vote when the election season arrives - Register, Energize, Vote. I am also the Communications Committee chair for the club. 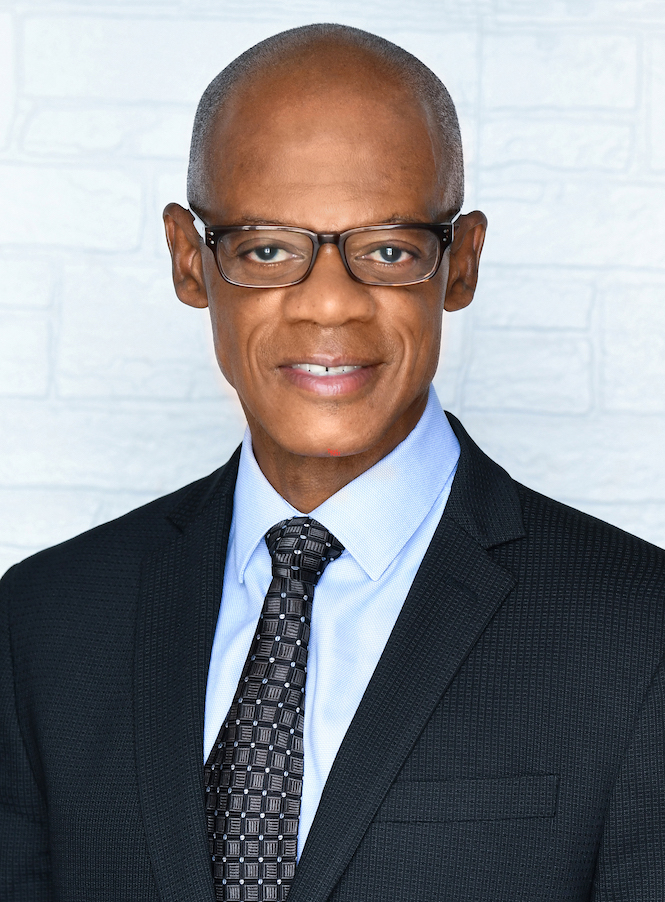 Bill Warren is a native of Virginia but has lived his entire adult life in South Florida. Bill has been a resident and homeowner on Miami Beach for the past 25 years. Bill is also a business owner, as the founder and president of Benefits Design Resources on Lincoln Road. Bill is a lifetime Democrat. In 2016 Bill joined the Miami Dade LGBTA Democratic Caucus where he served as Treasurer. In 2018 Bill joined the Miami Beach Democratic Club and immediately became Program Committee Chair, which is a role he continues to service. Bill has been a loyal and reliable member of the Club. As Program Chair, Bill has been responsible for managing the Clubs participation in the Miami Beach Pride Parade, organized several lectures, organized campaign car caravans and arranged for guest speakers during regular membership meetings. Bill Warren holds a BA in Business Administration from Virginia State University, an MBA from University of Miami, a Certified Employee Benefits Specialist designation and a 218 Florida insurance license. 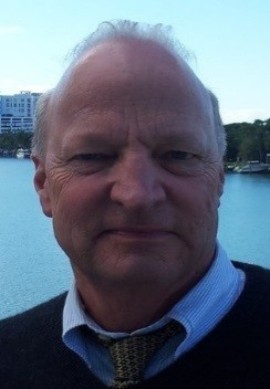 As a lifelong Democrat, I am appalled by what is happening to our country under its current leadership. I want to make a difference at the local level by doing all I can to ensure that Democrats are elected up and down the ballot, both here in Miami Beach and in our neighboring districts. I will actively work to get as many voters involved in order to make the changes that are necessary to achieve the goals of the Democratic Party. I have been an active member of the Miami Beach Democratic Club for several years and am anxious to see it live up to its potential. I have been involved in several political campaigns, both local and national, and will continue to try to make a difference in our political climate.