The Miami Beach Democratic Club held presidential primary debate watch parties at Barceloneta on June 26 and 27. They were well attended—and not only by local Democrats! We were also joined by several national news organizations, who featured the event in their primary debate coverage. 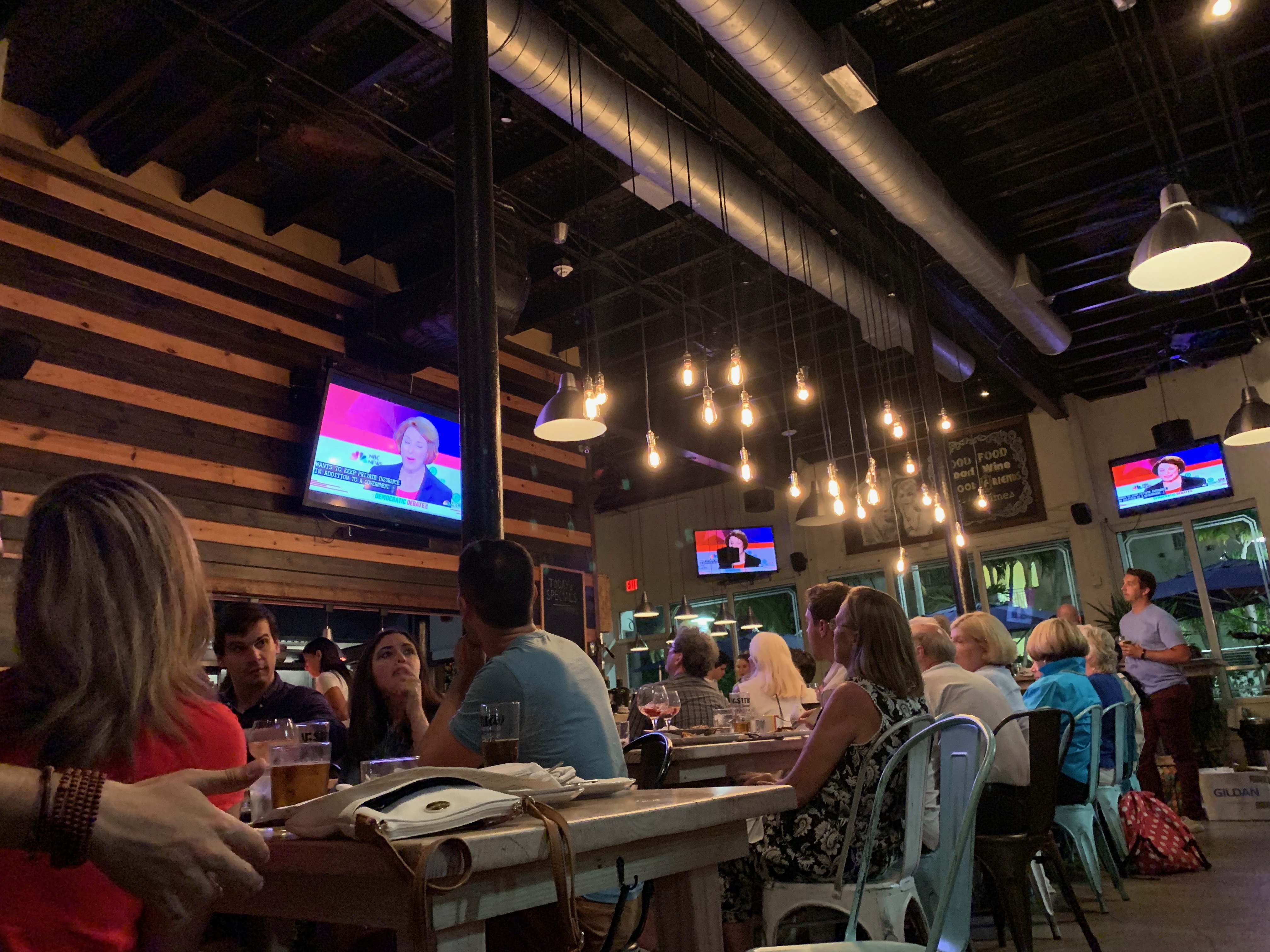 PBS Newshour covered both debate nights, and Miami Beach Democrats were on hand to talk about how the candidates fared.

And it wasn't just American press who came to our party. We hosted some press from Germany as well!