We're all adjusting to the reality of social distancing to keep our community safe from COVID-19, but the Miami Beach Dems are still working to mobilize voters in our community! This past Saturday, we held our first remote Day of Action.

After Mayor Dan Gelber declared a state of emergency in Miami Beach on Thursday, we shifted our Day of Action, originally planned as a canvass of voting precincts in South Beach, to a format that would allow volunteers to reach out to voters from home.

We used Send Dem, a mass texting platform built by the Florida Democratic Party, to reach over 1,300 registered Democrats in Miami Beach who had not yet returned their vote-by-mail ballots. We let them know that while it was too late to send in those ballots, they could still drop them off at early voting locations, or vote in person on Election Day.

The voters that we reached included medical professionals who were busy preparing to treat patients with COVID-19. We helped one doctor get to the polls by letting him know that he could still vote early on Sunday. Our text to another "doctor in training" was answered by the voter's mom, who wanted to know whether she could return his ball lot for him. We told her that she could drop his ballot off for him at early voting sites, so that he could make his voice heard and continue with important preparations at the hospital.

Text banking isn't just rewarding, it's also convenient! You can do it while eating a sandwich... 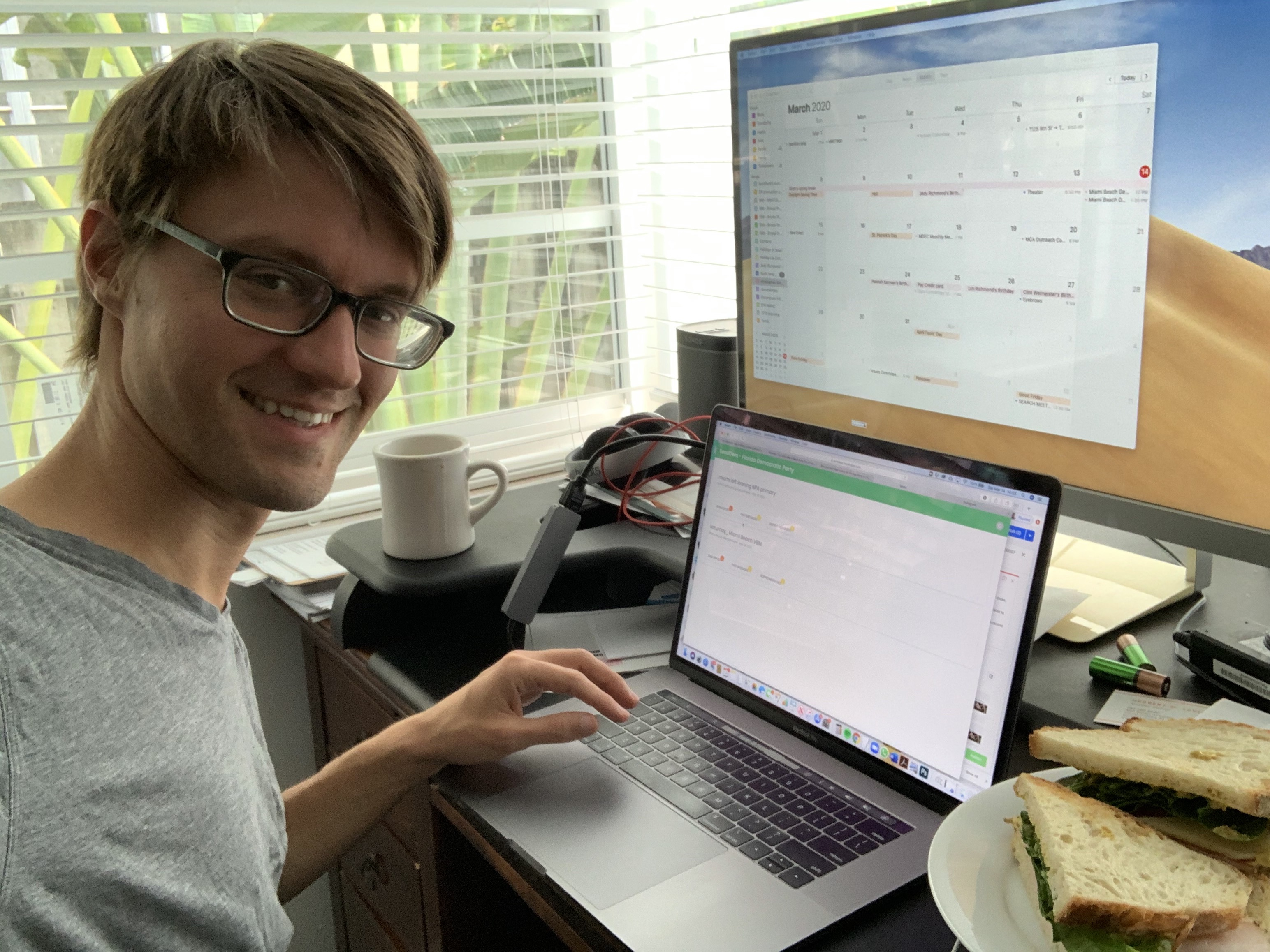 ...or while enjoying fresh air on your patio! 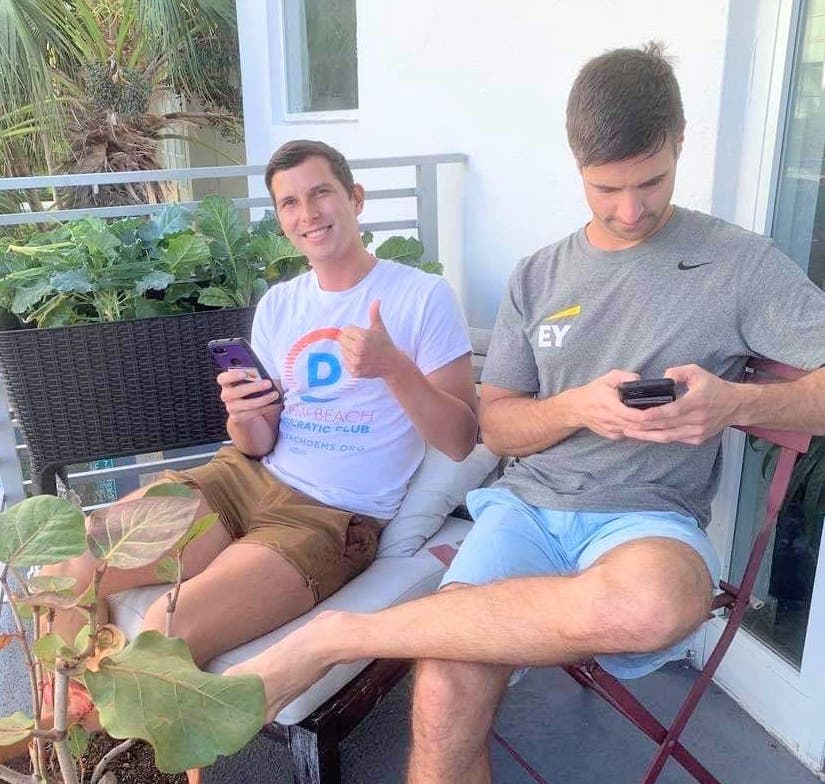 We'll have lots more opportunities for you to stay engaged with the Miami Beach Democratic Club from home in the coming weeks. In the meantime, make sure you're signed up to receive a vote-by-mail ballot! The best part is that you can still vote in person if you want to—read all about the recent changes to vote by mail here. None of us knows how long this crisis will last, so it pays to have an insurance policy for voting in August and November.

These are challenging times, but we'll get through them; we've never wavered in the belief that we really are #strongertogether. In the meantime, we wish health and safety for you and yours.