posted by Dan Royles | 80pc
March 07, 2019
Couldn't make it to our February membership meeting? We've got you covered!
Here's what went down: 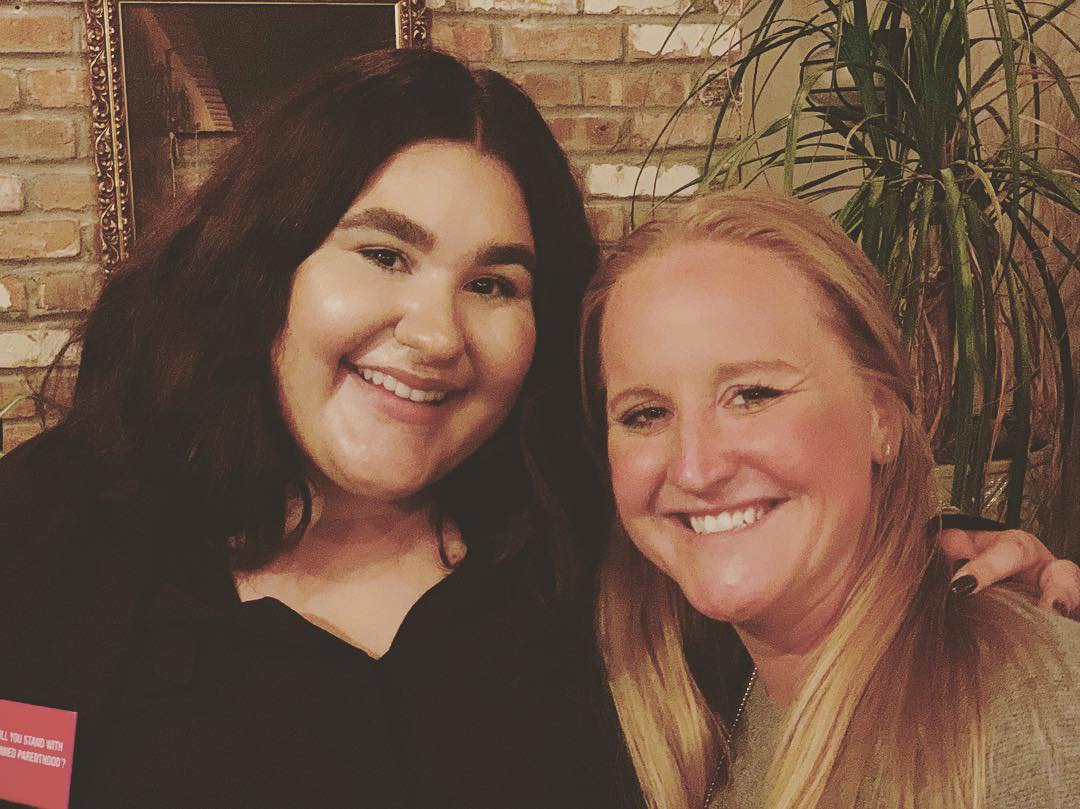 We had about 50 attendees at our February membership meeting. We had 71 members in January and have since added 7 more for a total of 78. Welcome to our new members!

Club President Dan Royles reported on recent efforts to expand our email list and reach more Democrats who live on Miami Beach.
Club Vice President Ariel Morel also reported on his work revising the club bylaws with the executive board. The revised bylaws will come before the general membership at a later meeting.

We were pleased to welcome Aurelie Colon Larrauri, the Miami-Dade Regional Organizer for Planned Parenthood.
She briefed members about the petition to put Medicaid expansion on the statewide ballot in 2020. If it passes, the measure will extend overage to those 850,000 state residents caught in the healthcare "coverage gap." During the meeting we collected eighteen signatures supporting this important initiative!
She also highlighted several bills that Planned Parenthood is fighting against:

She also mentioned a bill that Planned Parenthood is fighting for:

We will be holding a voter registration drive at Finnegan's Road on Lincoln Road on March 17 from 11 AM to 3 PM. We will then be joined Congresswoman Donna Shalala at 3 PM. 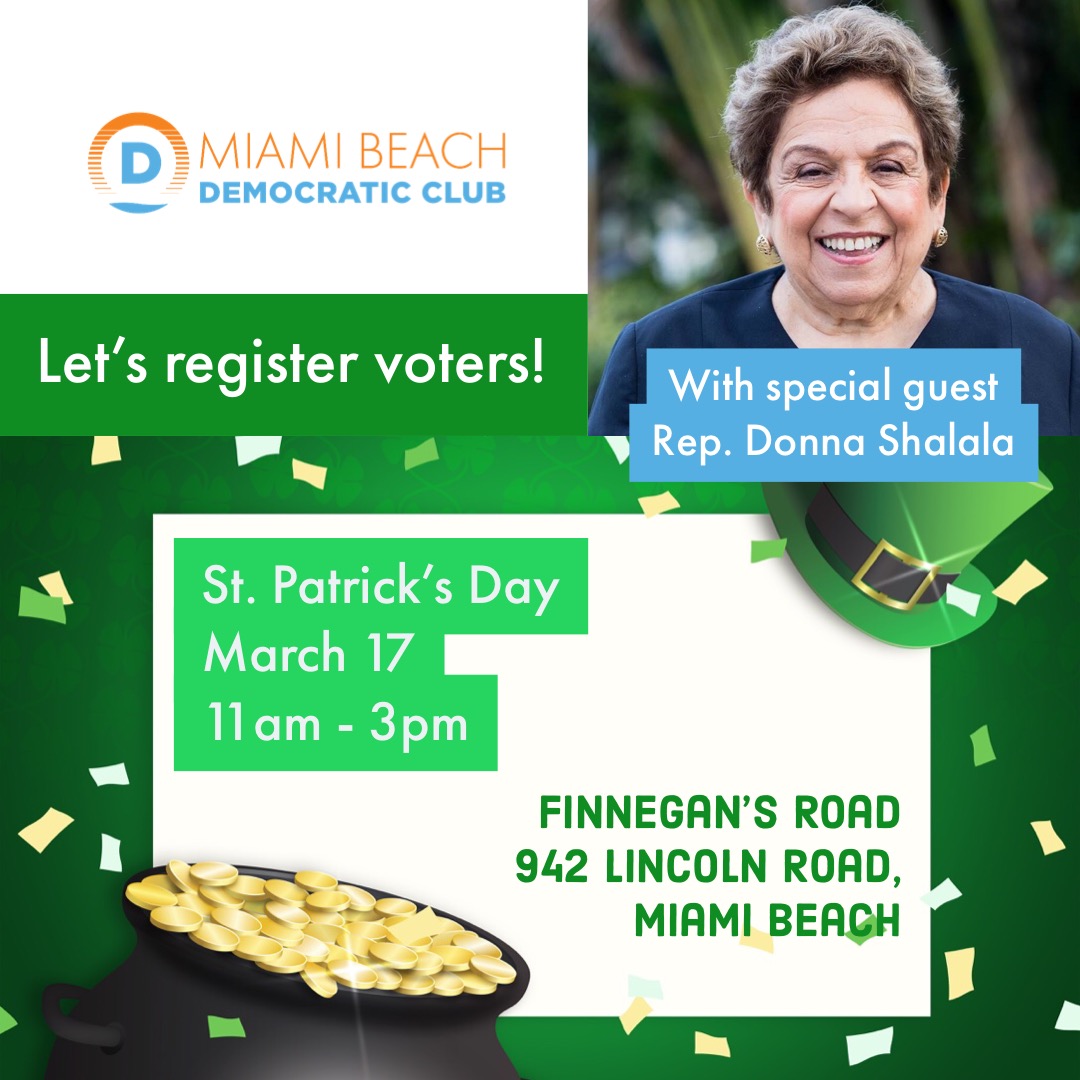 We are growing so big that we will be trying a different space for our next meeting at the Pridelines Boardroom at 1130 Washington Avenue (the old Miami Beach City Hall next to the police station). This is a trial move to the new location, and if it is successful, it will become our new meeting location.

Your dues payments keep the club running, so that we can help elect Democrats to all levels of political office. You can pay your $25 annual dues in person (cash, check, or credit) at our meetings, or on our website. Not sure if you're paid up? Email our club secretary Ileana Oroza ([email protected]) to find out.
Pay Club Dues

We are a club of the Miami-Dade Democratic Party, which is a self-funded, membership-driven organization of dedicated volunteers. Thanks to their hard work over the past two years, we have won three special elections, flipped two congressional seats, and built up a tremendous local infrastructure. But to win in 2020 and remove Trump from office, we need to get even more organized with paid staff, increasing efforts in voter registration, outreach, events, and marketing.

You can help by becoming a sustaining donor of the Miami-Dade Democratic Party today: 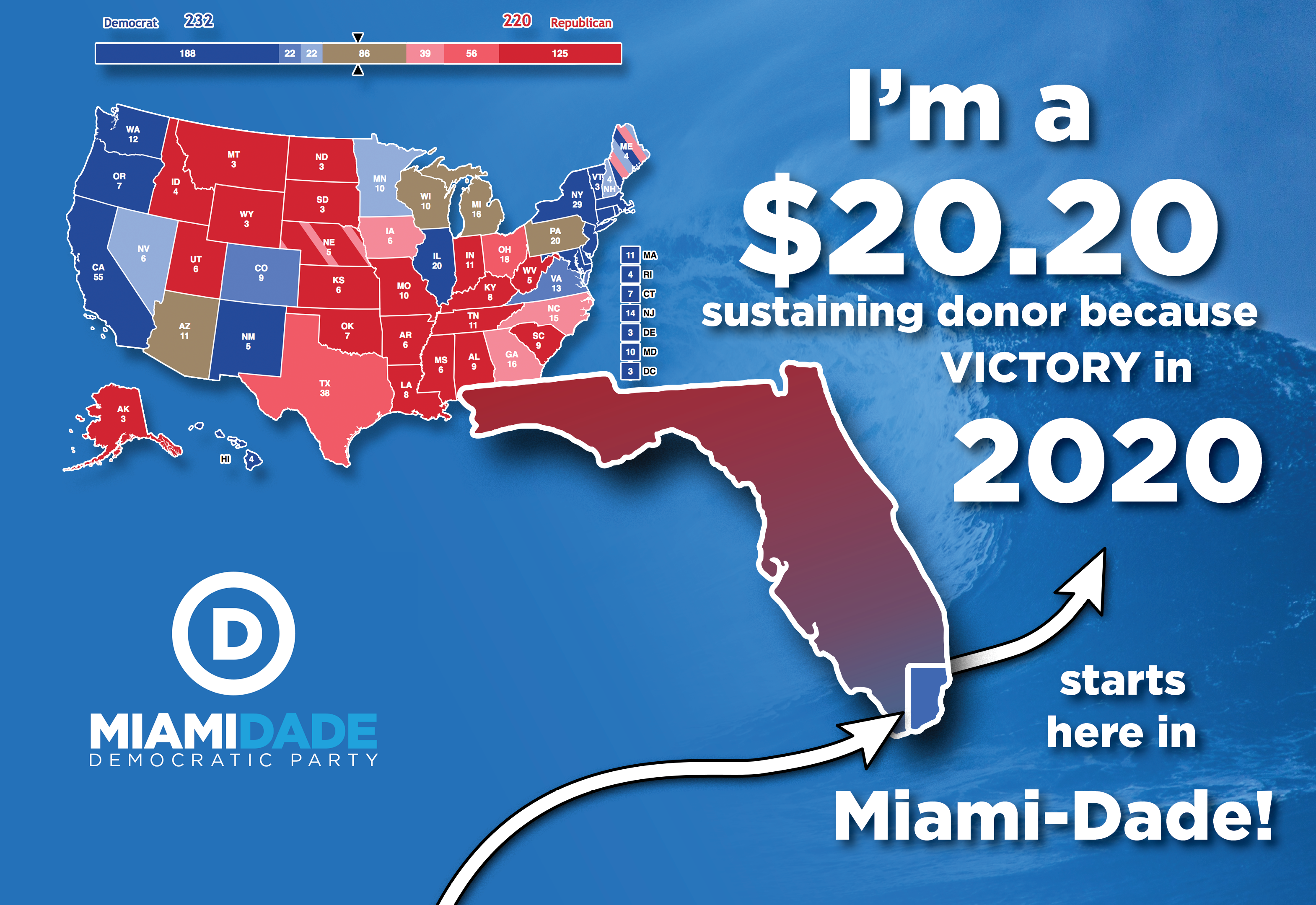