Have you ever heard the saying that all politics is local? Well, the saying is true and local politics is where so many elected officials get their start. While down ballot races may not hold the same kind of star power that those running for President have, they are just as important as many of the local laws that these elected officials are proposing and voting on, have a major impact on our daily lives.

In 2018, the Miami Beach Democratic Club knew how important it was for us to get involved in the County Commission District 5 race after then Commissioner Bruno Barreiro resigned his seat to run for Congress. This seat had long been held by a Republican and during the Special Election to fill the vacancy, an opportunity for this seat to switch parties was one that we could not pass by. Our Club endorsed Eileen Higgins and we rallied behind her campaign with phone banking and canvassing to make sure a Democrat was elected in this non-partisan seat. With the tides turning on the County Commission, Eileen Higgins was elected in a Special Election and the partisan makeup of the Commission finally reflected the progressive lean of the Miami-Dade County electorate.

At the July 2020 Miami-Dade DEC meeting and at our July General Membership Meeting, Democrats have overwhelmingly endorsed Commissioner Eileen Higgins for re-election. From her time in office, Commission Higgins has had a laser focus on helping her residents on issues such as transit, affordable housing, environmental issues, protecting the LGBTQ community and many others.

Commissioner Higgins deserves to be re-elected and she needs our support. From now until the Primary Election on August 18th, the Miami Beach Democratic Club has committed to a weekly phone bank each Tuesday from 5:00-7:00 p.m. to call those voters with outstanding mail-in ballots to encourage them to vote for Eileen Higgins and return their ballots quickly. If you are interested in getting involved, you can sign up here. 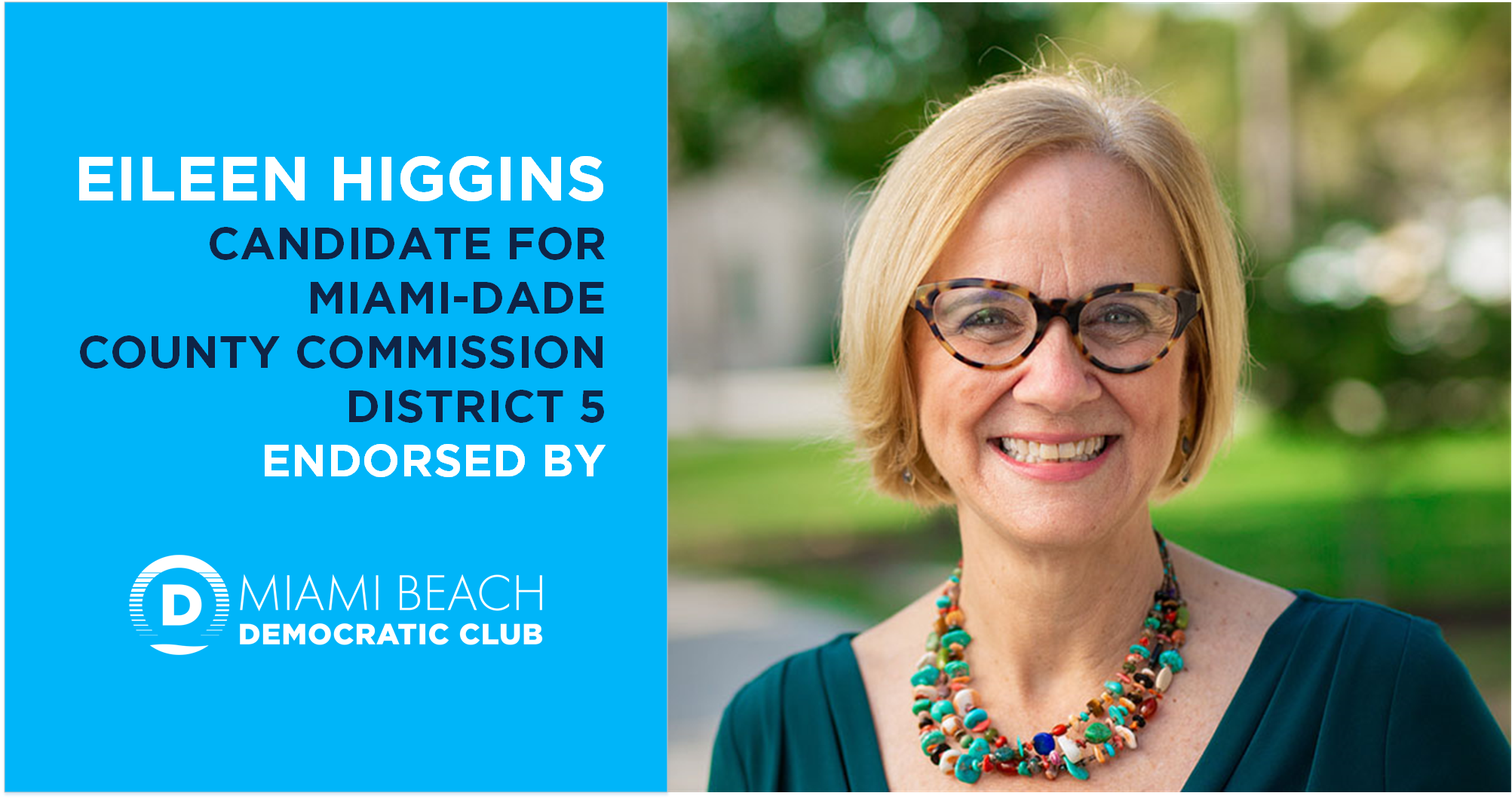