In a separate letter to Dan Royles, President of the Miami Beach Democratic Club, Aaron announced that he was resigning from the Board of Directors of the Club, effective immediately, in order to commit fully to his new role as Executive Director of the county Democratic Party.

President Dan Royles congratulated Aaron on his new position, writing, "in this case, our loss is the DEC's gain, which in the end is good for all of us. We look forward to seeing what you do in your new role."

Aaron wrote in his letter, "I will remain active as a member and look forward to attending events, GOTV efforts, community engagement initiatives and all of the other high-quality programs the Miami Beach Democratic Club generates for the community."

He continued, "Winning Florida in 2020 is going to require Miami-Dade, and winning Miami-Dade will be that much more possible with work as outstanding as I have seen firsthand is happening under your leadership."

"I look forward to celebrating the inauguration of a Democrat as President of the United States with you in January 2021."

Aaron, we are looking forward to that too! Best of luck in your new position, and while we are sad to lose you as a member of our board of directors, we are glad to know that your talents will be put to great use at the county level on the work we are all committed to for 2020. 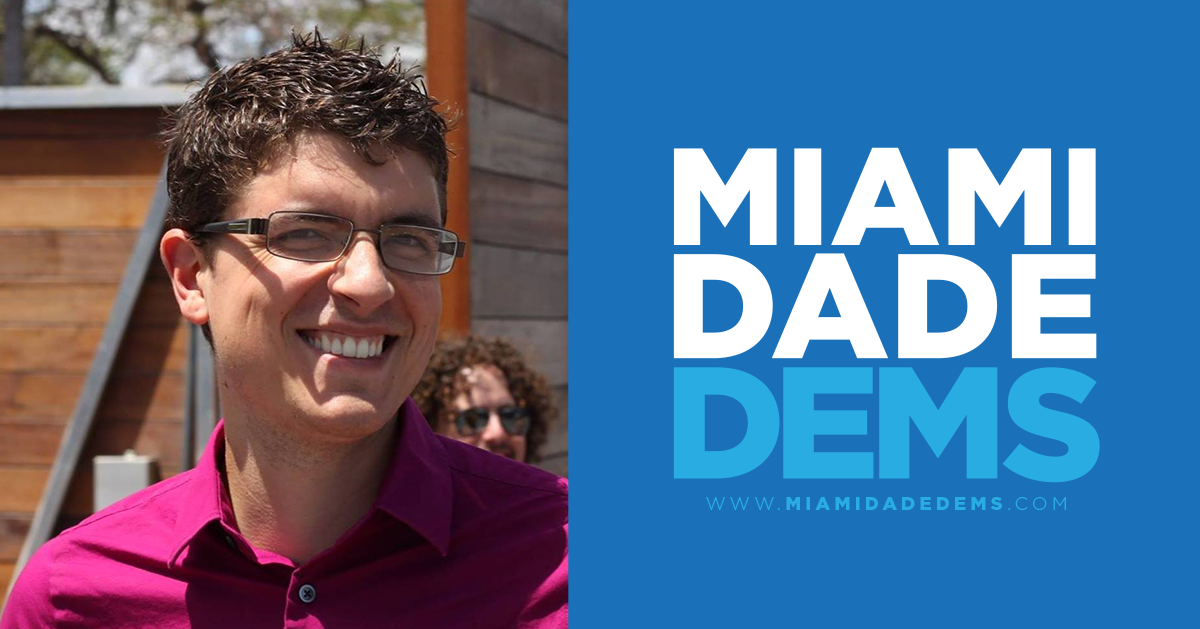