It's go time! November 3, 2020 is less than ten months away. That's when we get to take the power back by flipping Florida blue and electing Democrats up and down the ballot.

The Miami-Dade Democratic Party has a plan to make that happen, and we recently hosted Vice Chair for Programs Laura Wagner to talk about our strategy for 2020. 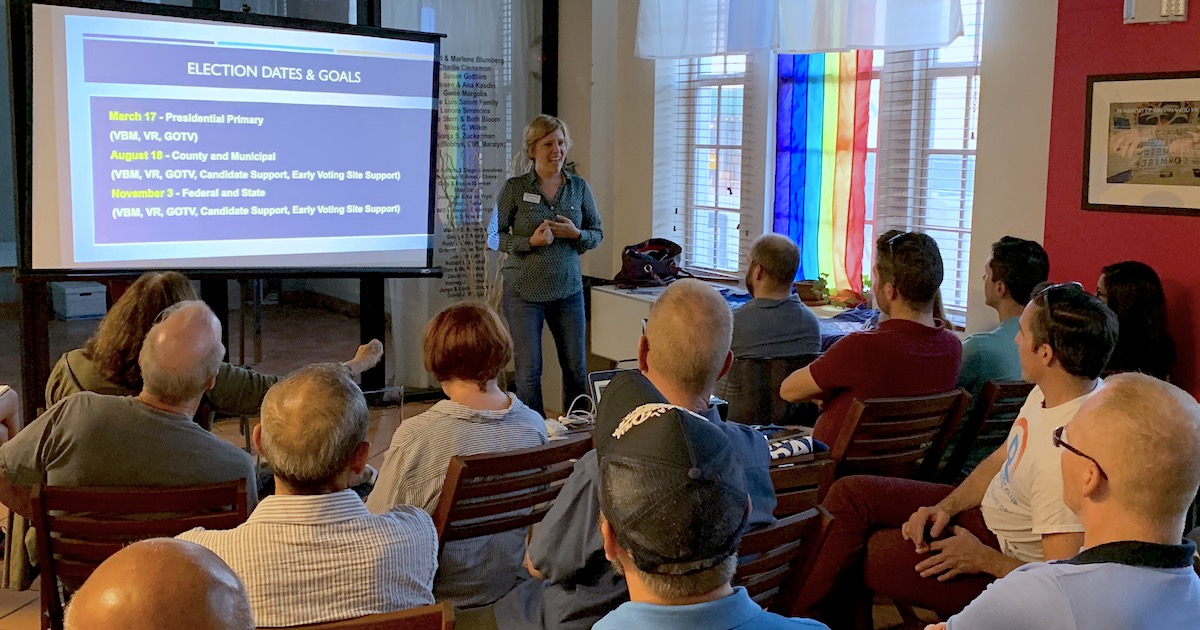 It all comes down to organizing.

We know that Democrats who receive vote-by-mail ballots are much more likely to turn out and vote than those who don't. That's why we're making a big push to enroll Democrats in Vote by Mail.

We also know that in the last two years, thousands of people in Miami-Dade County who are turned off by Trump and the GOP have changed party affiliation. We want to make sure to get these voters signed up for Vote By Mail and engaged in what our party is doing.

Our first organizing target is the Presidential Preference Primary on March 17. Florida is a closed primary state, so we're pushing Dem-friendly no-party-affiliation (NPA) voters to register as Democrats by the February 18 deadline.

Our next target is the county-level races coming up on August 18. The Miami-Dade County Mayor and Commission control a budget of $8.9 billion and make important decisions about everything from water and sewage to transportation and affordable housing. We want to make sure Democrats turn out in August, which means educating our audience about county races and signing them up for Vote by Mail, since August 18 comes right at the end of the summer travel season.

Next, we need to flip the State Senate and end the Republicans' veto-proof majority in the State House. What races are we focusing on in Miami-Dade? Florida Senate District 39, which is being vacated by Republican Anitere Flores, is a prime target. There are also four Florida House districts that we consider to be flippable, and where we'll be concentrating our efforts.